Sometimes the most serious accidents happen when you least expect them. The account below, from STV news, describes one such accident. 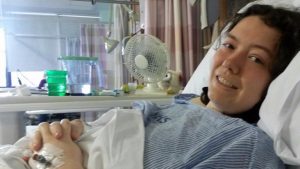 A woman who lost her leg in a climbing accident is raising money for mountain rescuers who helped save her life. Emily Woodroofe was climbing in the Torridon area of the Highlands on March 23 when a boulder came loose and landed on her leg, pinning her underneath. Seriously injured and fearing for her life, the medical student guided her friends through the steps necessary to keep her alive while they waited for help to arrive.

Ms Woodroofe, 22, said: “Almost as soon as I put my hands on the boulder it dislodged and fell on my leg, trapping it. It was the worst pain I could imagine and I told my friends I was going into shock. “I thought I was going to bleed to death so I told them to put a tourniquet on. They took off my belt and wrapped it around my thigh with water bottles underneath to make it tighter.”

Volunteers from the Torridon and Kinlochewe Mountain Rescue Team were among the first on the scene.

Ms Woodroofe from London said: “Forty minutes, later two GPs with basic trauma training turned up, followed by the mountain rescue team and a helicopter. I was quite out of it by that time and it was a bit of a blur. “The helicopter winched me aboard and took me to Raigmore Hospital, where they gave me emergency treatment.”

Ms Woodroofe was treated in Inverness before being flown to St Mary’s Hospital in London. Doctors initially believed they would be able to reconstruct her leg from muscle on her back but it soon became clear it was too badly damaged and would have to be amputated.

Ms Woodroofe spent nearly a month in hospital and now faces a lengthy recovery. She added: “A normal amputee has their first limb within three weeks but I’m having to wait about three months while the bones knit together. “Hopefully this time next year I’ll be able to go back and thank the people who helped save my life. They couldn’t save my leg but it could have been so much worse.”

Ms Woodroofe has raised more than £3500 for the Torridon and Kinlochewe Mountain Rescue Team so far. 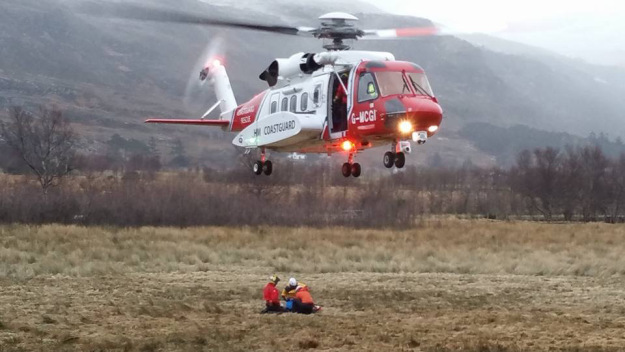 Team training this month took place alongside our current base at Torridon Youth Hostel. 9am saw the anticipated arrival of a Helicopter on site ready for training new members in particular how to approach, board and leave the helicopter. We also practiced how to manage a stretcher being winched onboard. Training Officer Duncan’s initial plan was then for the helicopter to drop us off on the hill, so we could practice snow anchors and train further with transceiver equipment. However, snow flurries began to fall and the cloud level lowered, meaning that the Helicopter and its crew needed to head back to base. Kenny, Nicola and Alasdair had attended an Avalanche Training Course at Glenmore Lodge the previous weekend. They put their developed skills in to practice and instructed the rest of the team to carry out a series of exercises in ensuring avalanche gear was correctly stored, assembled and utilised. The team practiced setting off a series of flares and smoke canisters. Rocket Ron, living up to his name, was particularly keen on practicing this. Members of the team reiterated how and when these signalling devices should be used. Trainees practiced further with assembling the stretcher, in order to ensure it could be assembled quickly when required. Throughout the day we had an experienced cameraman, Jack Marris of Applecross Studio & Gallery, using a drone to record our movements through video footage. It is anticipated that this footage will be used to demonstrate the team skills in a promotional video. After a day practicing a range of skills, the team then headed back in to base and made preparations for an early celebration of Burns Night. 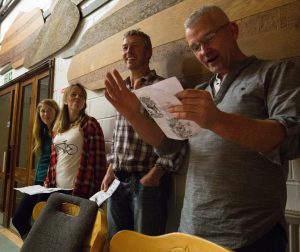 In 2006 myself and team mate Andrew Johnston were asked to attend ICE-SAR in Iceland.  During our visit we were treated to some wonderful hospitality from our hosts which included getting to drive SuperJeeps on the glacier like a couple of stunt drivers in a James Bond movie.

We also met folk from mountain rescue teams from all over Northern Europe, Greenland and the United States. During the three day conference Andrew and I learned loads, some of which was put into practice quite quickly.  We’d both recommend attending ICE-SAR if you have the chance.

We’ve had a busy time so far this winter so maybe it is time to try and remember the fun side of mountain rescue too?  Below is a link to a movie I made of our visit, it was also used to promote ICE-SAR the following year, I hope you enjoy it.

As proud supporters of The Martin Moran Foundation, we are mightily impressed by the Island Munros Triathlon which Alex Moran and Mike Coppock are planning - 300km and 7000m+ of ascent, including the Cuillin Traverse no less! For more details, and to donate to this fund-raising challenge for the Foundation, see the link here - www.martinmoranfoundation.co.uk/the-island-munros-triathlon.Good luck to Alex and Mike! ... See MoreSee Less

Ales Moran and Mike Coppock take on a non-stop triathlon journey over the Scottish Island Munros. 300km and 7000m+ of ascent, to raise funds for The Martin Moran Foundation.
View on Facebook
· Share

Great to see the competitors back in action and doing so well yesterday! To all those who took part, whether as competitors, support crew, organisers, marshals, caterers, helpers, traffic stewards or otherwise, it was a pleasure to work with you all again. Congratulations also to our own team member Nicola Jackson for her sterling performance!#cxtri Celtman Extreme Scottish Triathlon Scottish Mountain RescueThis year has seen our course records smashed to bits!First place male is Ewan Brown in 10:56:37, knocking a massive 43 minutes off Harry Wiltshire's previous record of 11:39:48.First place female is Eilidh Prise in 13:08:26, followed up just 11 seconds later by Mirjam Allik! The previous record was held by Bonnie van Wilgenburg at 13:13:06.Photos soon and you can follow the rest of the race here: live.durtyevents.com/celt21/ ... See MoreSee Less