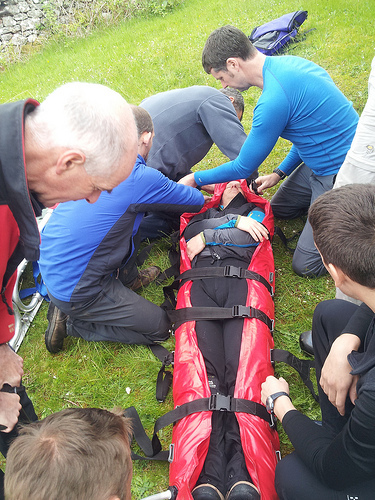 On Sunday 2nd June, we started off our training with a team brief of the days training schedule. The first part was conducted at the side of the Torridon Y.H where casualty manoevre techniques were performed using the vacuum bag and the stretcher, under instruction from Alasdair and John.

We were then shown 2 anchoring systems by Jim, one using the bear paw and the other using the technically sounding BFK system, until the abbreviation was explained.

From here we drove round to Diabaig, a stunning wee place I hadn’t been to before, but will certainly be back. The plan here was to install the 2 anchoring systems we were shown at the Y.H and to use them to abseil down the approx 100 ft of The Pillar cliff face.

We walked to the top of the cliff which had an amazing view of the bay and split into two groups, one set up the BFK system and the other used the bear paw, under the watchful and intuitive eyes of Jim and Arjan.

Both groups then abseiled down the cliff face either using the Petzl ID or personal abseil technique.

After a quick bite to eat we were then shown stretcher lowering techniques using the Petzl IDs, where Gordon and Arjan were lowered with the stretcher to the bottom of the cliff face, which proved to be very successful.

We were then shown other ways of utilising the petzl IDs and also a Rescucender and Arjan taught myself and Ronald a few knots to practice.

All in all a very interesting and enjoyable days training in what has to be an amazing location. Many thanks to Jim, Arjan, Alasdair and John for their informative and detailed instruction and to the rest of the team for a great day out. 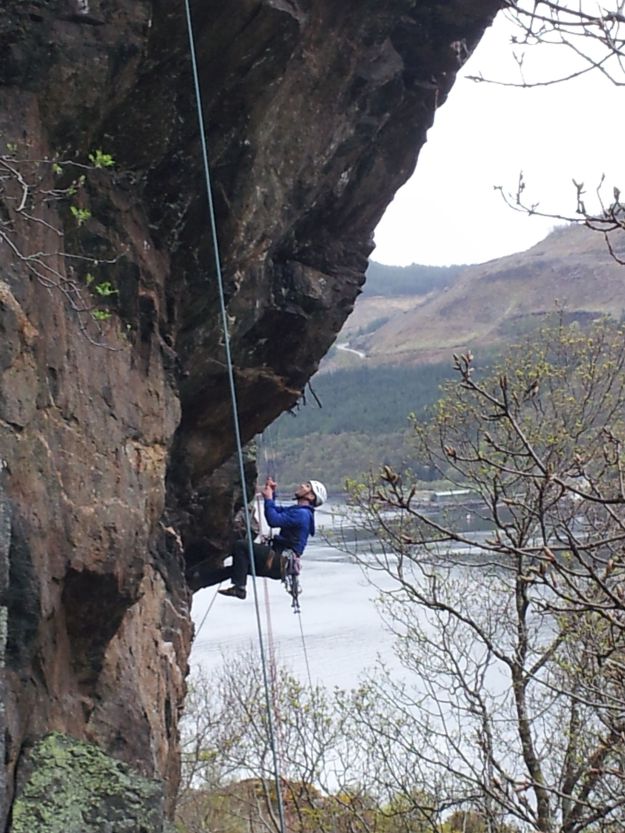 On Sunday morning the team arrived at Lochcarron for the months team training to be lead by team member Martin Moran.

Martin took us to a local crag that he uses to teach various techniques in climbing to his clients as a Mountain Guide.

On the day he was teaching us to aid climb using an etrier (French word for a climbing sling tied in loops to create steps).

Martin also taught us to do some dry tool climbing. This is a method of climbing using a pair of ice axes to climb a rock face instead of using your hands and fingers.

We also had 6 new people come along and join the team for training and they were introduced to climbing/abseiling and lowering.

It was a fantastic days training and a fabulous place to practice these skills.  On behalf of the Team, Thank you Martin for you time and patience.

#MilesForSMR Good luck to you all and a huge thank you for supporting Scottish Mountain Rescue teams🥳💙#ScottishMR #VolunteeringToSaveLives ... See MoreSee Less

"... it has been an extremely busy year for our volunteer Mountain Rescue teams. This illustrates the huge commitment shown by team members and their families to ensure that hill-goers have a free world-class Mountain Rescue service when they need it throughout Scotland.”Scottish Mountain Rescue ... See MoreSee Less

Martin Fair, from Arbroath, fell 30ft down a rocky face on to rocks while hillwalking.
View on Facebook
· Share